MyCareer in the next-gen version of NBA 2k14 is a completely different thing from what we see in the current version of #NBA2k14. +2K has been revealing a lot from their fan page. The MyCareer in NBA 2k14 (next-gen) is a new world where you live. From gorgeous cut-scenes to angry teammates and your connection with your agent are only a few new features. Check out more in the article. 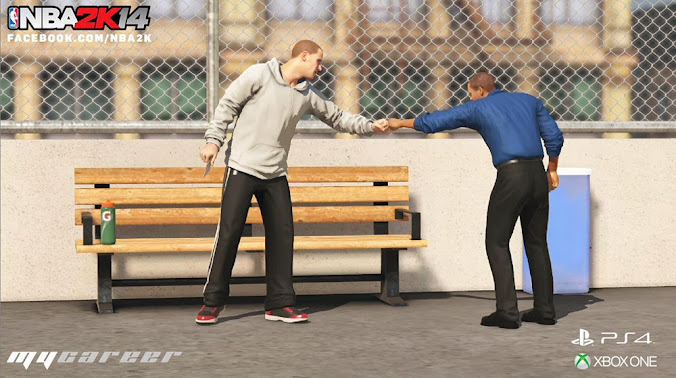 MyCAREER in NBA 2K14 on the PlayStation 4 and Xbox One is a revolutionary new experience driven by hundreds of interactive scenes, both on and off the court. From working hand-in-hand with your agent, as seen here, to dealing with people like your GM, coaching staff, and teammates, how you approach your career is entirely up to you. But before any of that, you better get ready for the Rookie Showcase, which is your first chance to show the world what you’re made of. 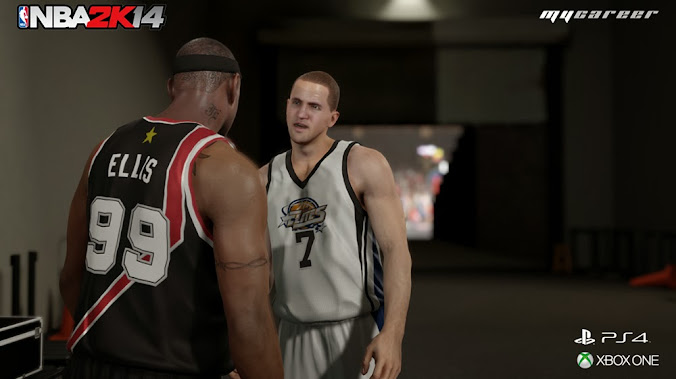 In NBA 2K14, you’ll get an early introduction to Jackson Ellis (@JacksonEllis99), your chief rival in MyCAREER mode. As with all choices, you’ll need to think carefully about how you want to handle yourself. Do you play it cool with Ellis and laugh off his trash talk, or will your on-court play be affected when he gets in your head? Remember, your actions will have consequences down the line, as they can affect things like Fans, Team Chemistry, and GM Relationship, which lead to endorsements, trade opportunities, and other rewards. 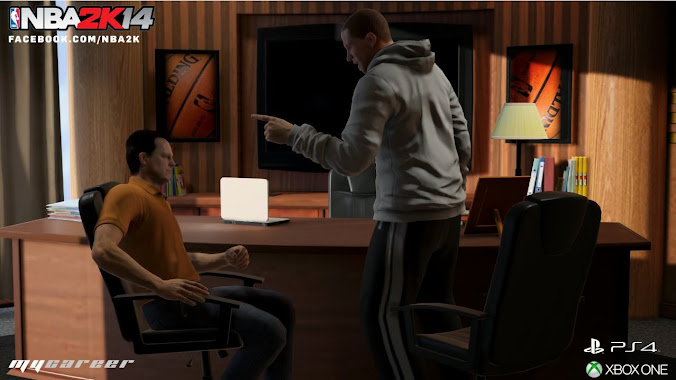 In NBA 2K14 on PlayStation 4 and Xbox One, your team’s GM will be a central figure as your MyPLAYER’s career evolves. Rest assured that he’ll have an opinion on the choices you make, whether they are in the public eye or behind closed doors. Maybe you like gaining fans by being brash and outspoken, but if you and the GM aren’t seeing eye-to-eye, he may not be so willing to help you out when you need it the most. 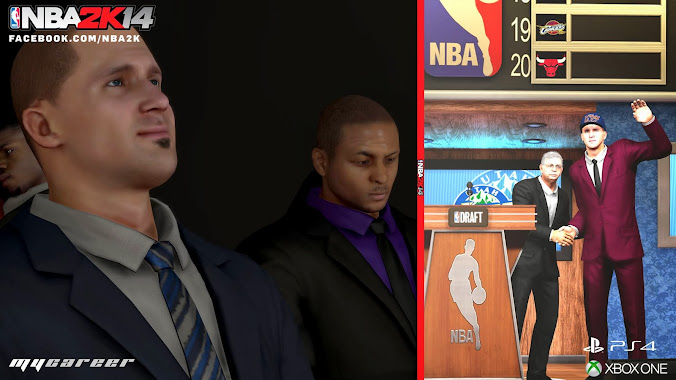 In MyCAREER mode in NBA 2K14, you get to be right there with your MyPLAYER to feel the nerves and emotion of draft night. Whether you get picked early on or have to sweat it out for a while, there’s at least one thing you can count on. Your agent will be doing everything he can to keep you thinking positively, and he’ll be the first one to congratulate you and send you up on stage to get that team hat once your name is called. Oh, and you better believe Jackson Ellis (@JacksonEllis99) will make an appearance too. 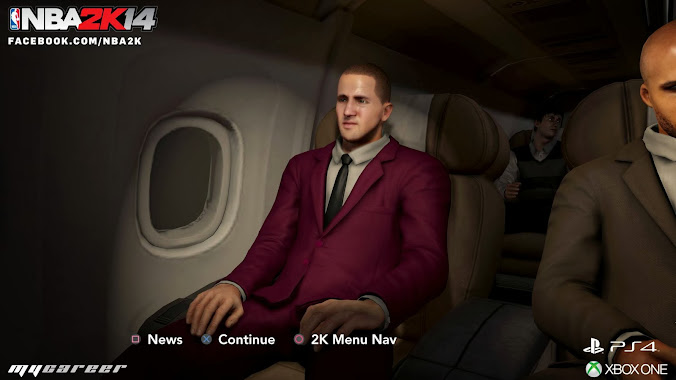 In MyCAREER, plane and car travel scenes act as backdrops between games that give you an opportunity to make changes and upgrades to your MyPLAYER, as well as check out social media, stats, standings, and other news from around the league. The NBA season can be a grind for a rookie, so take these opportunities to rest up and prepare yourself for the next game. 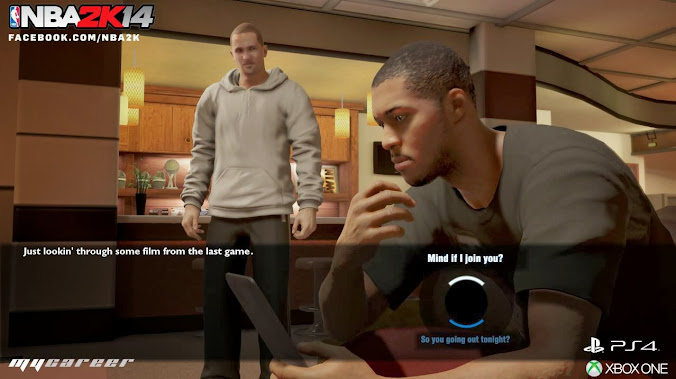 Your relationships with your teammates is an important factor in how your career evolves. Are you willing to put in the extra work after hours? Will you be happy deferring to the star player on your team? Or do you just want to chase fans and endorsements and make it all about you? The choice is yours. 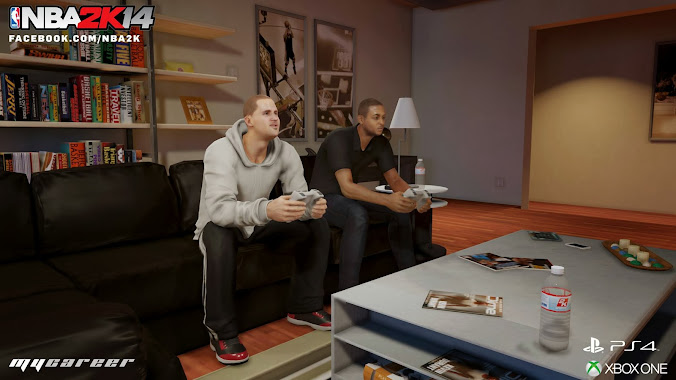 You start your career with an agent who’s been your friend since childhood. That means you know he’s got your back, and you’ve got someone who’s always willing to come over and hang out with you back at home when you’ve got time off. But does he have the knowledge and experience to help you reach your full potential? Maybe there are other options out there!

PS : Did you notice the 2k Bottled Water? 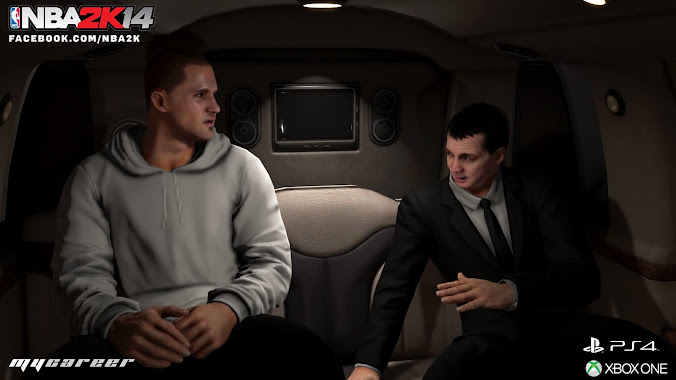 In MyCAREER, as your star begins to rise, the world is going to take notice. What is more important to you? Money? Fame? Loyalty? Winning? You can’t always have it all. Sometimes the simplest decisions turn out to be the hardest ones. 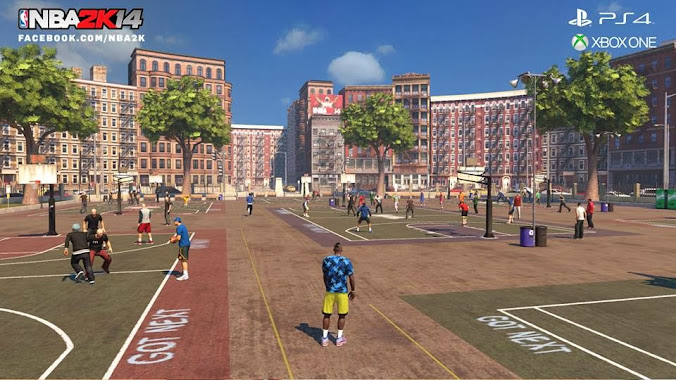 When your MyPLAYER needs a break from the grind of the NBA season, press conferences, and commercial shoots, there’s a place you can go to play pick-up games against up to 100 of your closest friends. Introducing… “The Park.”

In NBA 2K14, the choices you make in MyCAREER mode can also have a direct impact on your play on the court. Personality Badges are earned as you reach various thresholds in National Fans and Team Chemistry. They can affect you, your teammates, and your opponents in a variety of ways, so think carefully about which ones you choose to equip as they become a part of your arsenal.