2K Sports released news on changes and improvements coming for MyTEAM in NBA 2K15. In this mode, players will be able to build an ultimate basketball team, consisting of NBA players from any team across any era. For more details you can read the full interview below. 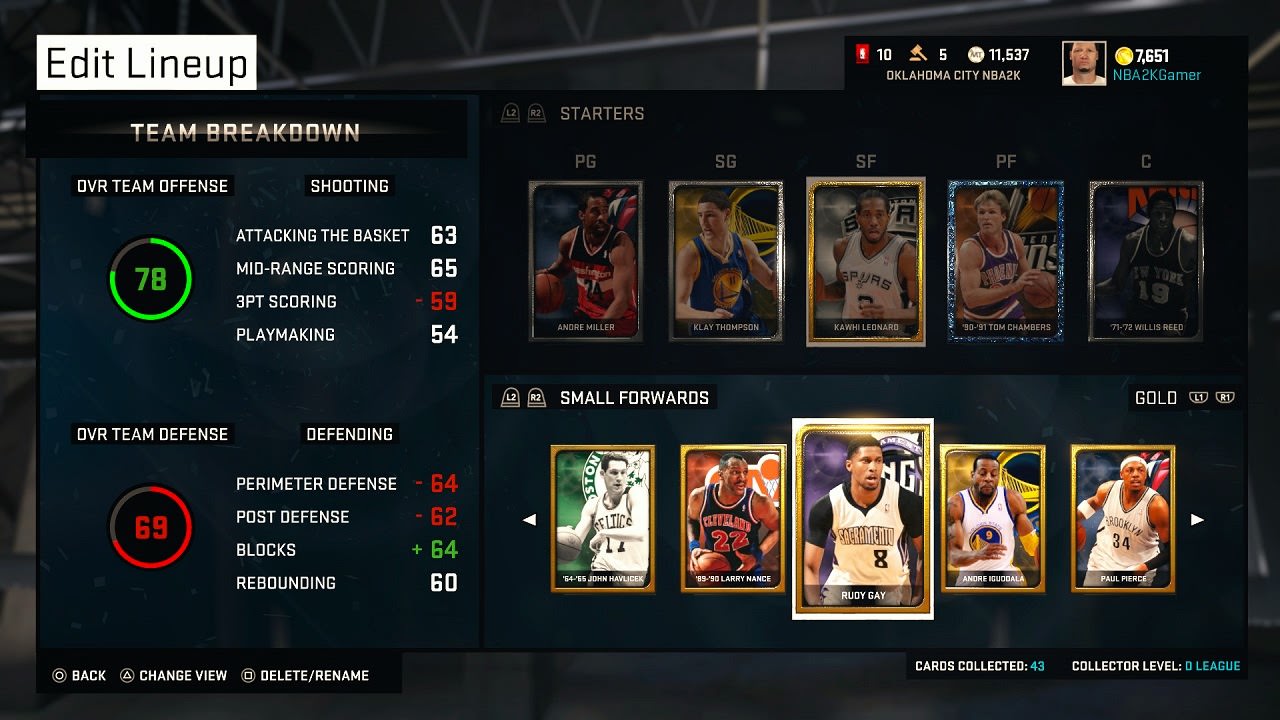 Will there be an auction or trading system of any kind?

Yes, we are happy to announce we will be featuring an Auction House where you have control over what you want. You can search for cards and place items up for varying lengths with starting bid and buy it now optional price tags. You can also track your current auctions, state of your bids, and redeem your winning items.

Are there any new game modes or changes to playing?

New to 2K15, Tournaments has evolved into a new feature called Challenges. Challenges are mainly single player games that create different “what if…” scenarios. What if you had to take on the NBA’s fastest players or some of the league’s unsung heroes? Weekly single and multiplayer challenges will be added throughout the year revolving around NBA events. We also will be taking ideas from the community so your challenge could make it in the game.

Another feature we are excited to announce is that our game modes now work with a dynamic MyTEAM Point scoring system in game, meaning the better you play the more points you will earn.

Road to the Playoffs, Domination, and Play with Friends are all returning with new rewards and some changes to the way they play. 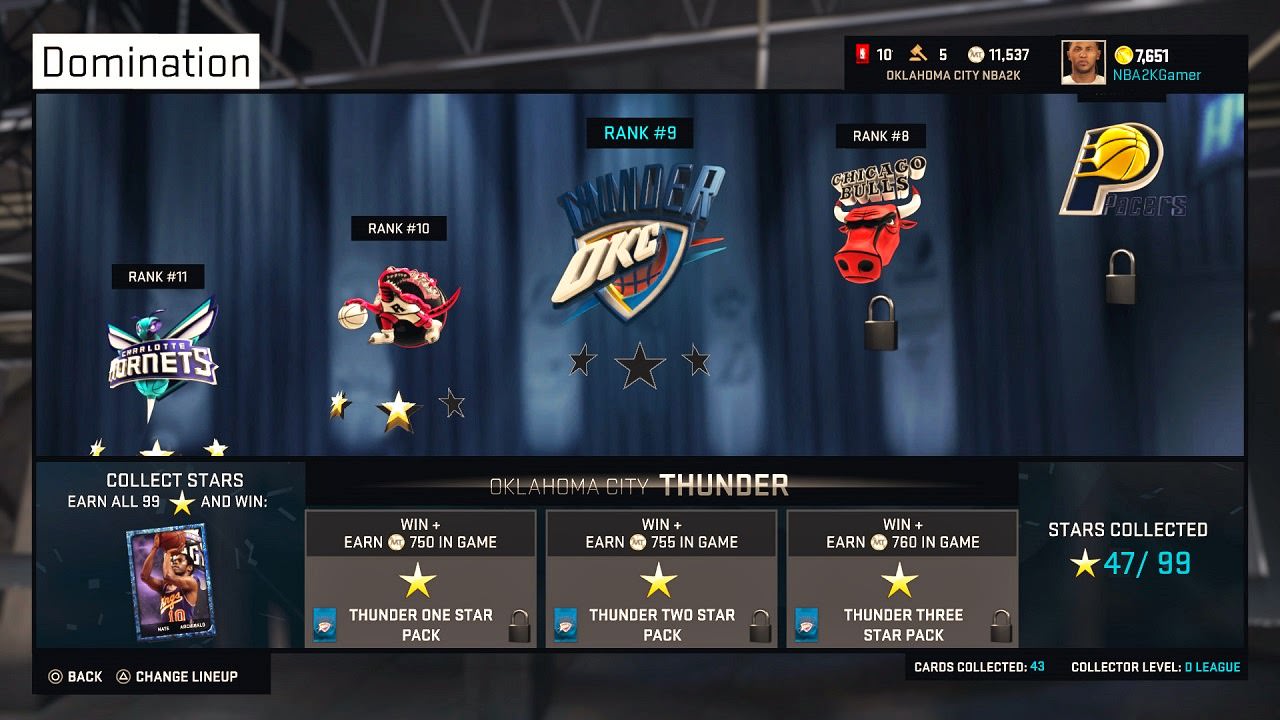 Has anything changed in Road to the Playoffs? Will there be any seed lineup restrictions this year or is it just “anything goes” with regards to lineup building. Are there any online multiplayer modes where restrictions are enforced?

In Road to the Playoffs, you still face off against online users to try and advance to seed 1. This year, we added early seed lineup restrictions so you will be limited to certain color cards on your lineup when you start. This levels the playing field for all users who start the mode. Once you reach higher seeds, all restrictions are off and you’re allowed to use your best lineups to compete. We’ve also added a seed 1 reward for users who can stay in the 1st seed.

Throughout the year, new multiplayer challenges will be added in Challenges mode. These games can have lineup restrictions that vary from limitations on card color, positions, teams, conferences, divisions, and many combinations of these rules. You will have to get creative with your lineup building to win some of these challenges.

What changes have been made to Domination mode?

In Domination, you will face off against all 30 NBA teams and 3 All-Star teams to try and earn up to 3 stars based on your performance. However, you now have to win the game and earn at least 1 star to advance to the next game. Since we have a new dynamic scoring system, each star level has a specific MyTEAM Point value that changes based on the difficulty of the team you are facing. Beginning games will have lower values for stars than more advanced games. We also added a 99 star reward if you can win all 99 stars and dominate the NBA.

Are there any changes to quarter lengths or difficulty levels in MyTEAM this year? What are the settings planned?

You will see varying difficulty levels from Pro to Superstar. In Road to the Playoffs, the difficulty increases in higher seeds as you advance. Domination is set to Pro, but the MyTEAM Points needed to advance will increase. In Challenges, early level games will be set lower than the higher level games. We also will incorporate varying quarter lengths and difficulty settings for weekly and community challenges where it fits based on the concept of the challenge. 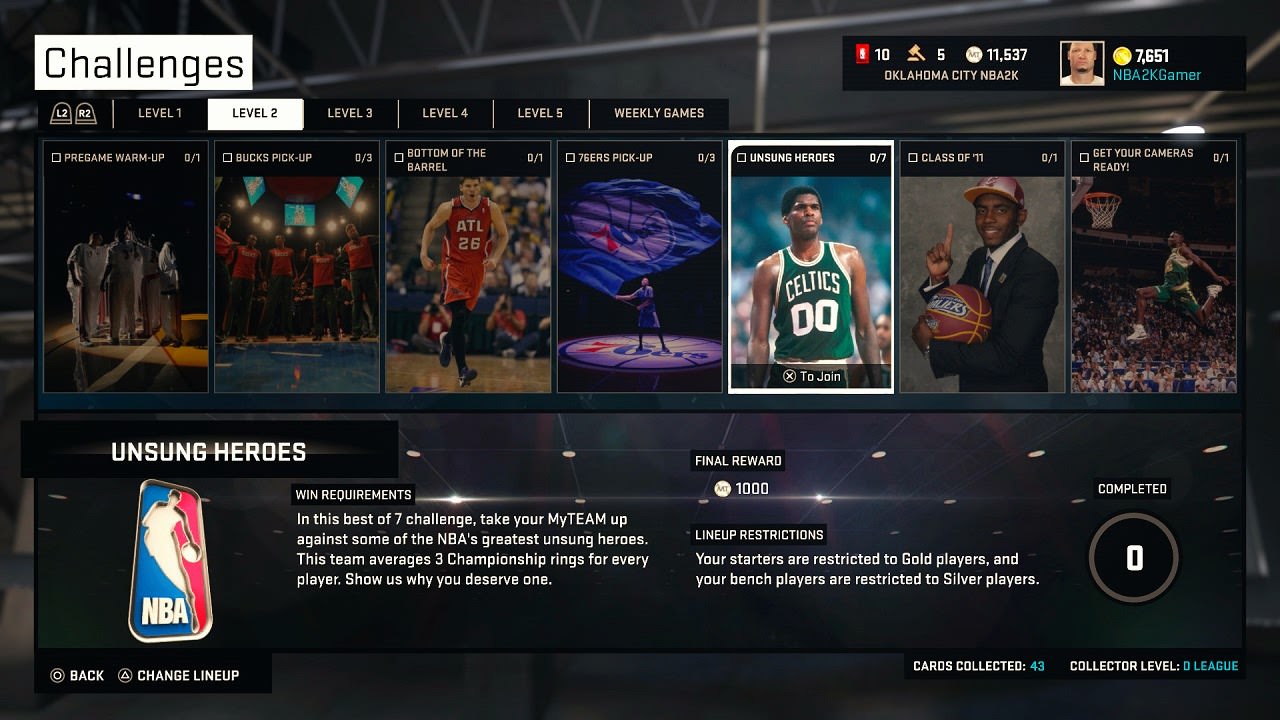 What new legends can we expect in the mode this year?

There will be new legends in MyTEAM including Bernard King, Bob Cousy, Nate Archibald, Rick Barry, Tom Chambers, Kevin Johnson and many more surprises. We also will be adding Throwback cards for many of the current NBA players and adding new players throughout the year including some exclusive to playing Challenges and Domination.

How will packs work? Has the frequency of duplicate cards in purchased packs been reduced?

With the introduction of the auction house, we have shifted the packs to include a larger selection of cards to pull from and the cost per pack is lower so you can buy them more often. All of the standard packs have a chance at pulling a bronze, silver, or gold player so there is amazing suspense when opening packs. We do still plan to release some specialty packs, but they will be available at limited times only. The items that come out of packs are based on the odds of the pack so it’s entirely random. Overall, you should see fewer duplicates because of the larger selection of cards to pull from in each pack. Keep in mind, any duplicates you do pull can now be sold on the Auction House for a price you determine.

Will there be any “team building” features?

Yes, there was a focus on team building with the addition of new tools when assembling lineups to show you each player’s strengths, attributes, hot/cold shot charts, and comparisons. We also summarize your team’s overall abilities that will allow you to better visualize how much of an impact adding or removing a player will have on your team. We wanted to get players thinking about what kind of team they wanted to build and then the tools to know exactly how to use them.

How will consumable cards work? Can users still put powerful signature skills like Lockdown Defender and Posterizer on every player in their lineup?

Attributes, contracts, and injury cards are all returning. This year players will start with more contracts when they are pulled from a pack. We are very excited to talk about some changes to the signature skill system. We will be able to talk about it more coming soon. 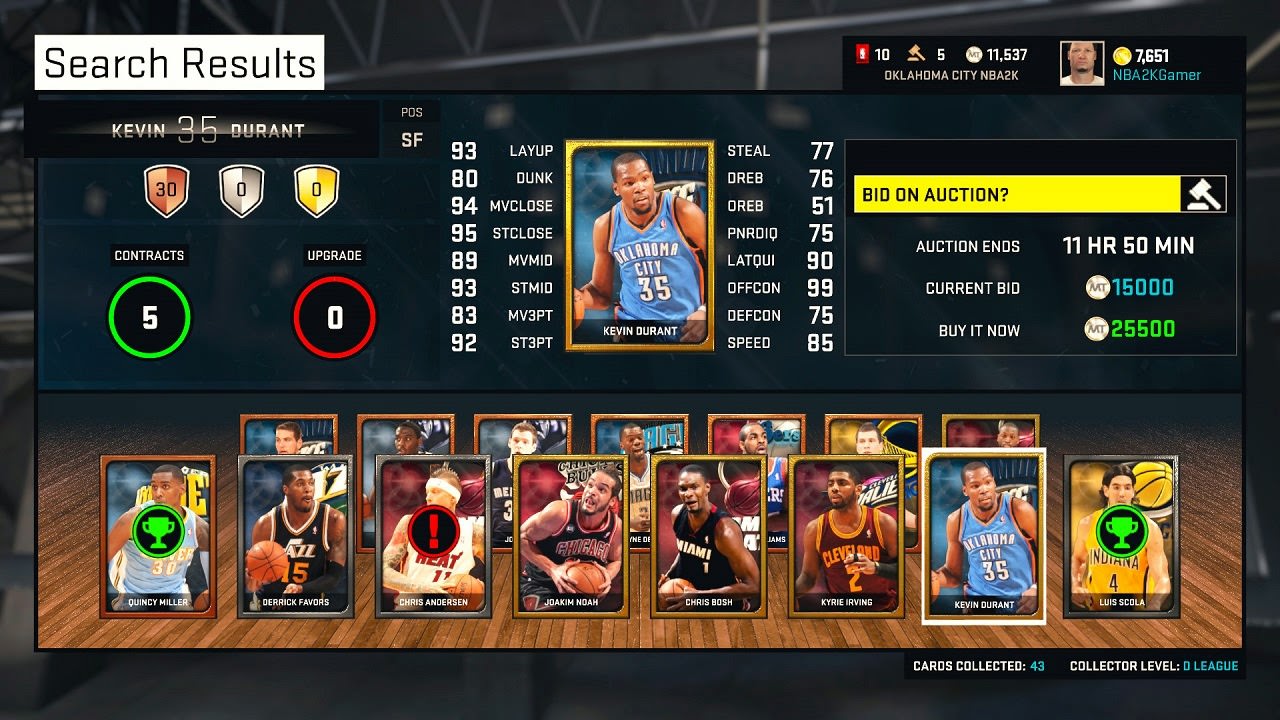 What is going to be done to keep the mode fresh throughout the year?

There has been a huge emphasis on community and content releases. You will see weekly updates from new packs, limited edition packs, new cards, new collections, weekly challenges, community challenges, throwback cards, biggest mover cards, and even some surprises. New Locker Code cards will be available and we’ve added a couple new gem colors so you can expect to see new versions of players with boosted attributes. We have focused our design on providing compelling and interesting content in the weeks to come.

Lastly, what is the one thing users should take away from this interview about MyTEAM?

This year we really focused on the feedback and how we could continue to build a community that brings people together. We tried to improve your first impressions by providing a tutorial, ramping game difficulty, and providing team building tools that show you the strengths of each player in the NBA. We also added some interesting ways to play basketball in Challenges and are looking forward to collaborating with everyone on new ideas. The introduction of the Auction House really puts the game in your hands so you can buy and sell exactly what you want. You can expect to see a lot of new content rolling out throughout the season. Last but not least, we wanted to announce that MyTEAM will also be available on PC. We are really excited for this evolution of MyTEAM to hit the shelves and are looking forward to hearing what everyone thinks.

What do you think about the improvements coming to MyTEAM in NBA 2K15? Which players are you most excited about using this year? Let us know what you think by leaving a comment below.