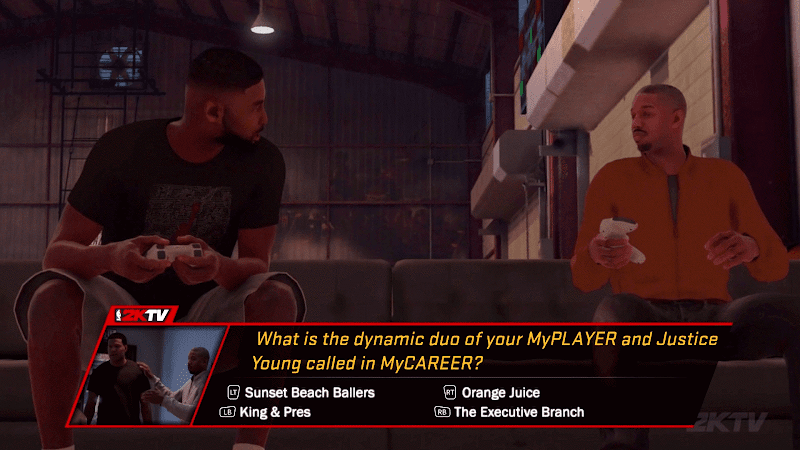 Do you want to earn easy VC and other in-game bonus items? Enter the correct answers for questions asked in 2kTV episodes and avail prizes! This page will be updated regulary for latest 2kTV questions and answers. Let’s earn some free VC!