2k just released the most expected trailer of their upcoming game, #NBA2k17. The momentous trailer for NBA 2k17 shows a lot of improvements, specially in animations from last year. Watch the trailer below and tell us what you liked most! 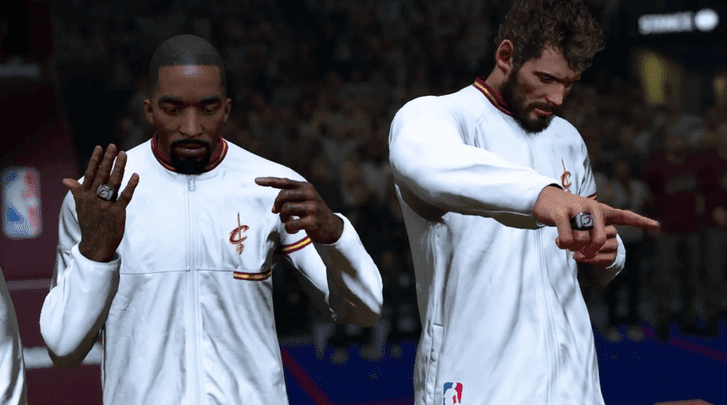 The trailer is fused in with NBA 2k17 soundtrack - Gold by Imagine Dragons. There is no Jazz in trailer as usual, but the EDM mix is nice (pun intended).

The trailer starts with Cavs ring ceremony, the players do have rings on their fingers! The in-game celebrations and other animations have improved a lot. The details on graphics are wonderful. The face scan of Paul George is most amazing (maybe because he’s a cover athlete), but it was good in all previous games also.

And you can see the Black Mamba Kobe Bryant #8 in the end (we miss you Mamba!)..