2K Sports has officially revealed the cover player for NBA 2K17. As it turns out, Indiana Pacers’ All-Star Paul George will grace the cover of this year’s game from 2K, after serving as the cover player for the MyNBA2K16 app. It looks like we have our hashtag for the year, too: #THISISNOTAGAME. You can check out the full size image of the cover below. 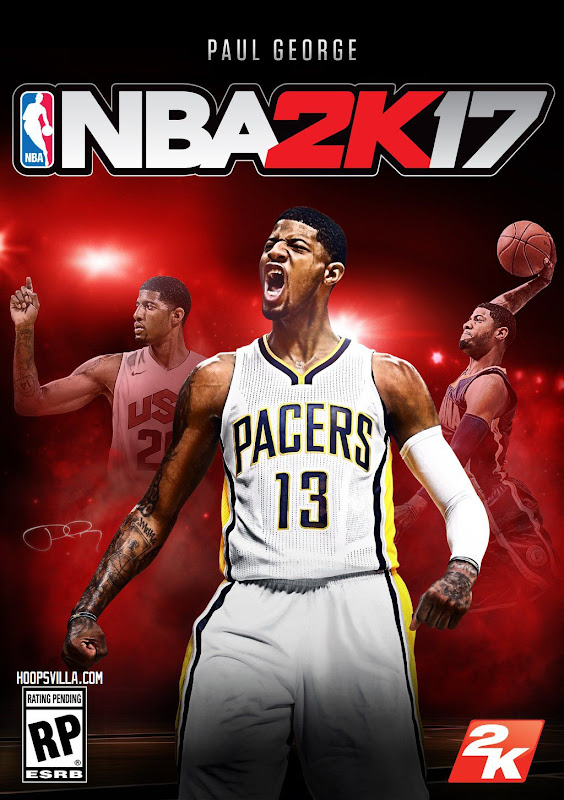 George also appeared in the reveal trailer for the Legend Edition of NBA 2K17 featuring Kobe Bryant on the cover, which led many gamers to speculate that he would be announced as the main cover player. Now that the cover has been revealed, the speculation continues as one of the background images of George features him wearing a Team USA jersey, perhaps suggesting that FIBA teams or even the Olympic tournament will be featured in this year’s games.

Any thoughts on the NBA 2K17 cover announcement? Do you think we’ll be getting FIBA teams in this year’s game? Feel free to sound off in the comments section below. The preview season is almost upon us, and we’ll naturally be covering all of the developments, so stay tuned for more details in the near future!