After some long time, a new NBA 2k14 roster update has been released! All new trades till June 6th, 2017. All of the player ratings, tendencies, and other gameplay-related aspects of the roster have been completely revamped for both simulation and in-game experience. Download the NBA 2k14 2017 (v8.9) roster update now! 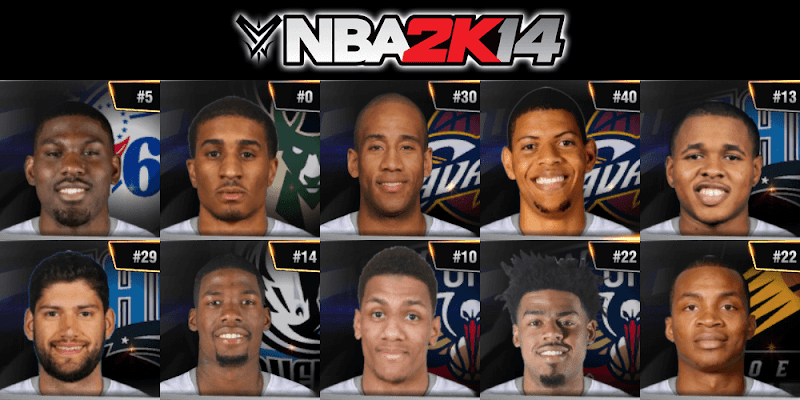 All of the rotations are based on their final box scores of the season or playoffs for the Assoc roster. All of the injured players are also activated in the Exhibition roster.

Along with J-Sean, we have made an overall gameplay update to the NBA rosters and sliders. Using the player performance stats from basketball-reference, multiple formulas were developed to produce new player ratings and tendencies. The coach ratings and playbooks were also adjusted for better simulation in Association mode and MyCareer mode. New gameplay sliders were designed for a better overall experience in-game.

MyCareer is stable, as we have tested. Here are some things you may try to fix MyCareer crashing in NBA 2k14.

If you have downloaded previous update, you need to (re)download Main Directory Files 26 and latest AppData files only.