This roster update for NBA 2k14 is accurate as of April 13th, 2014. This roster includes the latest trades and transactions, latest injury stats and updated line-ups and player ratings. There are several missing players also in this roster. Some players are added to season-ending injury list. See the details for more information and download this latest roster for NBA 2k14. 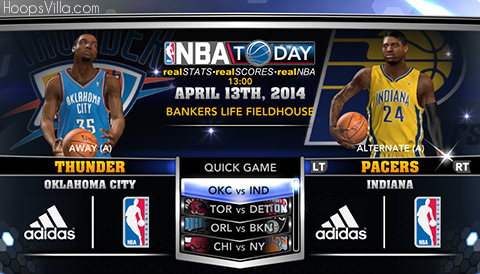 Players who ended the season injured will not be returned to active status until the last update for NBA 2K14, which will come after the 2014 NBA Finals.