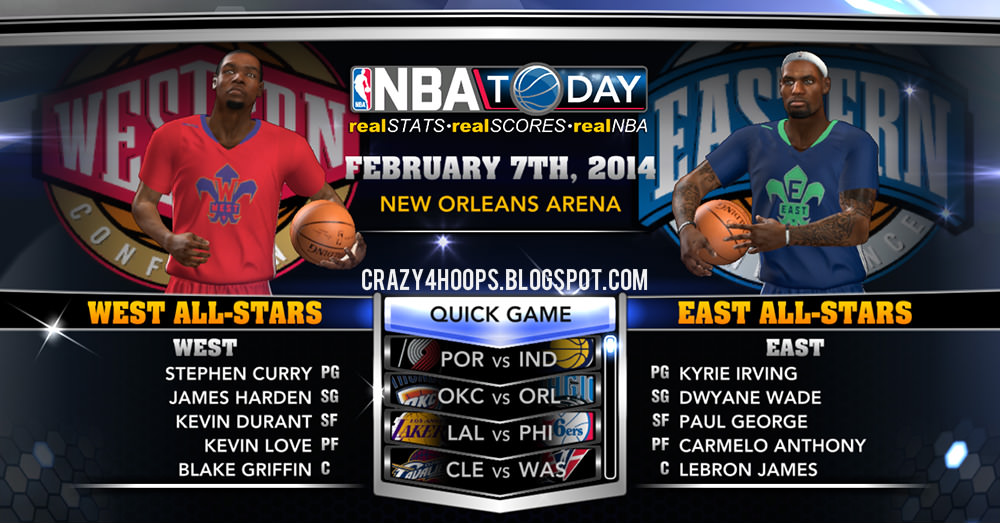 Note: The All-star teams are not available by default in quick game mode, but you can use the modified roster included in the patch below to unlock those teams.