2kSports has been working a lot with their next-fen version of NBA 2k14 after the success of NBA 2k14 current gen. They have been teasing the audience with screenshots, announcements time to time. But now, they have revealed the trailer for NBA 2k14 Next-gen (PS4 and XBOX One) namely NBA 2k14 Next Gen : OMG Trailer. Have you seen the NBA 2k14 OMG Trailer yet? 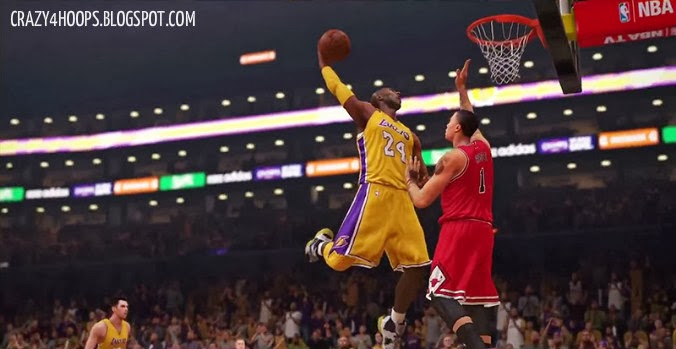 This is not a pre-rendered footage. It is real game play footage.

Yeah, the first thing that came to mind is OMG! Is this a Real Video!? Did you see the details? From James Harden’s separate hair in the beard to the jersey of Anthony Davis, the game-play video is OMG! Dude, this next-gen thing seems cool. :D

Plus the song ‘In the Air Tonight’ by Phil Collins makes this video more ‘legendary’.

I watched the video more than 7 times. How many times you watched it?