“The 2K team is grinding away! Check out some dunks being recorded for #NBA2K15.” After the huge success of NBA 2k14 (and all other previous versions of NBA 2k series), 2k has already started the development of NBA 2k15. Also, we are also getting some teasers-trailers for NBA 2k15. Below is a sneak-peak on NBA 2k15 with two motion capture (Mo-Cap) videos of NBA 2k15 dunk animations. 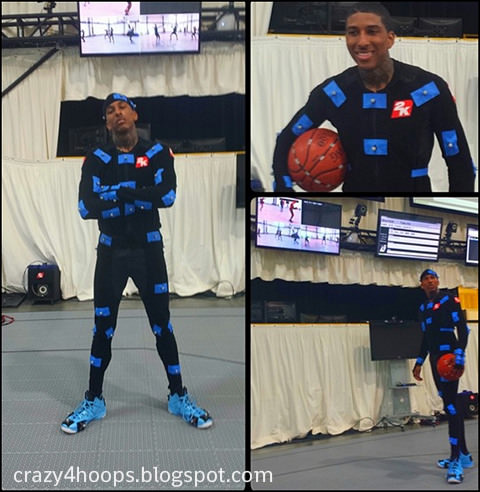 The video shows some players wearing mo-cap suit and performing dunks including between the legs, tomahawk slam, and the Vince Carter elbow dunk. You will see these dunks in animated version in your NBA 2k15. Check out the videos below.

The 2K team continues capturing magic. We thought you'd enjoy some more dunks being recorded for #NBA2K15! More at :https://crazy4hoops.blogspot.com/2014/03/nba-2k15-behind-scenes-slam-dunk-mocap.html

Posted by HoopsVilla on Saturday, 22 March 2014

The release date of NBA 2k15 is expected to be around in first week of October, 2014. There’s no official announcement yet on which platforms the game will be released, but the expectation is that it’ll probably be available on XBOX 360, PS3 and PC first and then on next-gen consoles (PS4 and XBOX One).