With NBA 2k16 hyping up, Golden State Warriors superstar Stephen Curry posted a video clip of himself in NBA 2K16. The short gameplay footage shows his signature Under Armour “Curry One” shoes and his free throw routine animation complete with mouth-guard clamped on the side of his mouth. 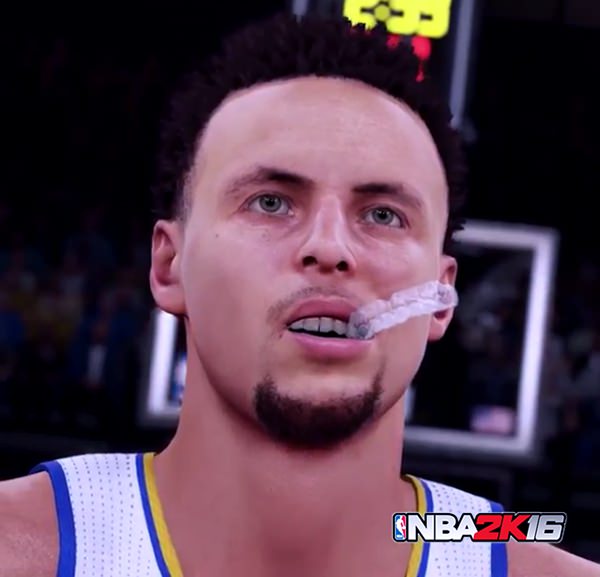 Posted by HoopsVilla on Sunday, 9 August 2015

Exclusive! Here’s the first time you can see @2k #NBA2K16 gameplay footage. After going through body/face scan and motion capture, watch my FT routine w/ my signature mouth guard. So nice! #flickofdawrist #shoegame #BeTheStory More gameplay coming on Monday from 2K in “Beyond the Shadows”