This is an official roster update from 2k as accurate as of December 29th, 2013. This roster includes several players deactivated due to injuries like Al Horford and Russell Westbrook and Andrew Bynum (suspended by Cavaliers) for detrimental conduct. This roster also features some changes in player ratings and latest trades and transactions. 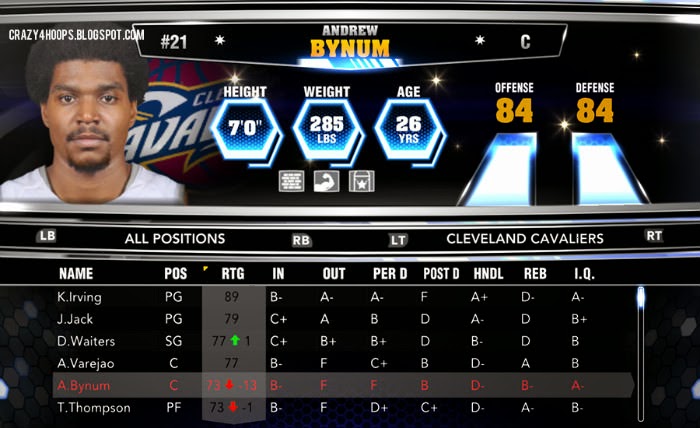