2k Sports added another roster update (almost had daily this week), with some rating changes of the players who have been playing well or worse in a streak as per the Dynamic Living Roster thing.

No new missing player were added still in this update. So we still recommend you to download this complete custom roster. 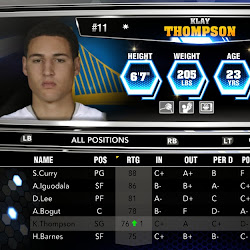