NBA 2K16’s development team gives us an overview of the new features and changes coming to MyTeam mode. 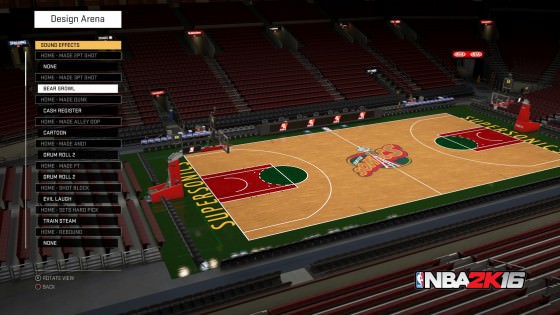 “Be Different.” That has been our theme, focus, and inspiration for MyTEAM in 2K16. After listening to the community feedback from 2K15 we noticed an important element missing which was a sense of individuality. Since the creation of MyTEAM in 2013, we have struggled with our long list of features having to pick and choose what would make the biggest impact. Branding and creating an identity has always been on that list and it was finally time to start working on it.

The Team Creator will be featured in multiple modes in 2K16 but holds a special place for us in MyTEAM. In the creator you can customize your logo, arena, court floor, and uniforms. You can choose from some predefined images, go online and upload your custom logos or use other community favorites. We are all secret bloggers, sportscasters, and online sensations so show us what you can create.

In MyTEAM we are always dreaming of “different” ways to play the game. That is how The Gauntlet got started. The Gauntlet is a short 3v3 rooftop street game to 21 played in a 10 game series. It is online head-to-head, but you won’t be taking your best against their best. (You didn’t think it would be that easy did you?) You will choose 10 of your favorite players but the catch is that each player can only be used in a single game. The AI will then select two players at random from all available cards that have been released. These “Trial” cards will be your squad for the game.

In The Gauntlet you will be playing for cards on a board. After each game in the series you can earn picks off the board. The higher in the series you go the more picks you can earn. Boards come in different varieties and contain all types of cards including players. We also will be adding new boards throughout the year with chances at All-Stars and many of our special edition players. 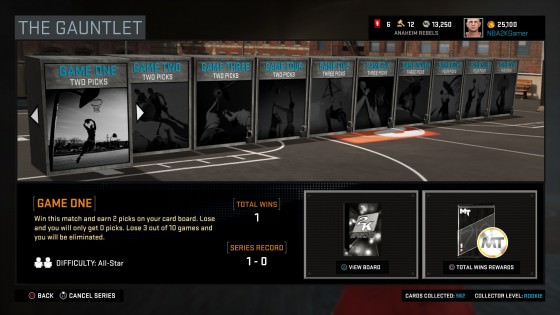 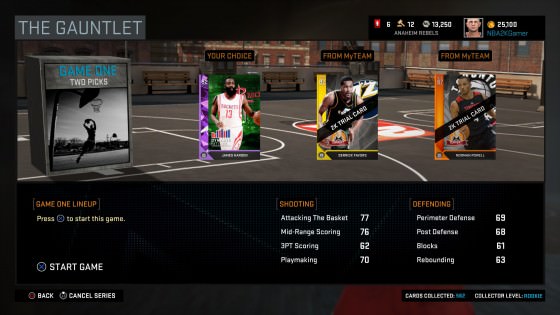 Domination has always been a great way to kick-start your team. It has quickly become a fan favorite way to play so when we heard the community asking us to extend gameplay we completely agreed. This year you can continue winning games and stars for 33 more games against some of the toughest historic teams. How will your team stack up against the ‘08 Celtics, the ‘13 Heat and many more? 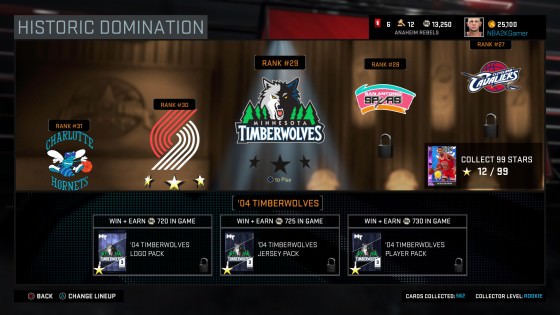 We are also excited to introduce MyTEAM trials; a quick new way to earn a little extra. When starting a Challenge, Road to the Playoffs or Domination game you will have a random chance of getting a Trial. Trials are stat related and can be accomplished in a single game. The only rule is you can only use one player on your team. Trials range from easy (like scoring four jump shots) to hard (such as getting twelve rebounds and second chance points). The difficultly of a Trial ramps with your team’s overall rating but the harder the trial the more MyTEAM points you earn. 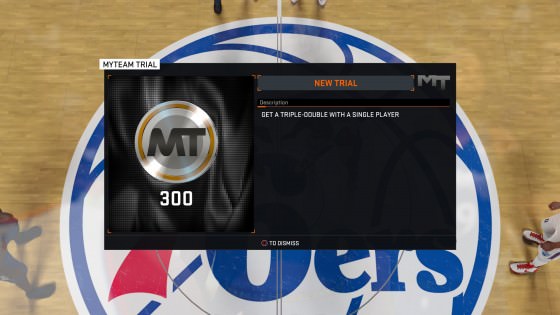 This year it was important for the cards to stand out and feel “different” from each other. For us it was no longer enough to have a special edition card. We wanted each card to feel unique and clearly recognizable when it comes out of a pack. We also took in a lot of the community feedback and came up with a way to classify cards in two ways.

The first change is the border colors of the cards are now tied to the overall rating of a player. Bronze, Silver, Gold, Amethyst and Diamond are the only border colors and ramp accordingly. When flipping cards you will instantly know what general overall range the player belongs to by color. We also added the overall rating to the top corner to make it easier to sort through your players when building a lineup.

The second classification is theme. Each theme is represented by a custom art background and an emblem in the corner. One of the themes we added this year is the Dynamic Ratings theme. Players in this class match their current player counterpart in the collection at launch but will have fluctuating attributes as the season starts based on their real performances. Dynamic Ratings players will be released closer to the season but those who pre-order will get a couple of these players as part of their MyTEAM bonus content.

Another theme we have announced will be Moment cards. A moment card is a card that is added shortly after a player has a great moment. This card will highlight their specific game performance of that night.

There are so many additional themes that will arrive throughout the season including the return of Throwback Thursday.

Shoes have arrived in MyTEAM! Replacing the old attribute cards, shoes will be making their appearance in a slightly different way. Each shoe can carry up to 3 different attribute boosts and when applied will appear on that player in game. Shoes also have an advantage because they last for multiple games before having to reapply. Like all great shoes they do wear out eventually.

In addition to shoes we have added basketball cards including team balls, animal prints, and even a beach ball. You will also see historic courts, free agents, Euroleague jerseys and logos. The customization options are all up to you. 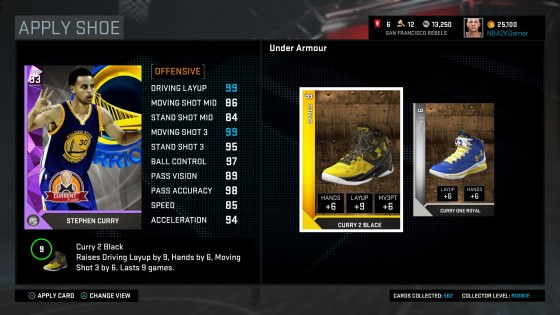 Throughout development we always try to accept ideas from the community and ways to make your gaming experience better. Here are some of our favorites. 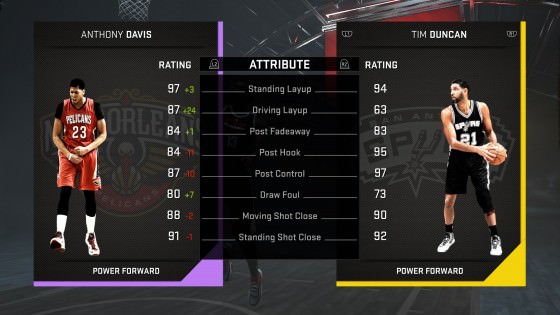 The entire team is excited to share all of the things we battled and argued about this year to make the best game possible. MyTEAM has been growing year over year and it’s because we have the best fans in the business.