2K has released a complete blog talking about the new changes and features coming to MyLeague, MyLeagueOnline, and MyGM in NBA 2K16. A lot of new exciting features have been added to the franchise modes of NBA 2k16. 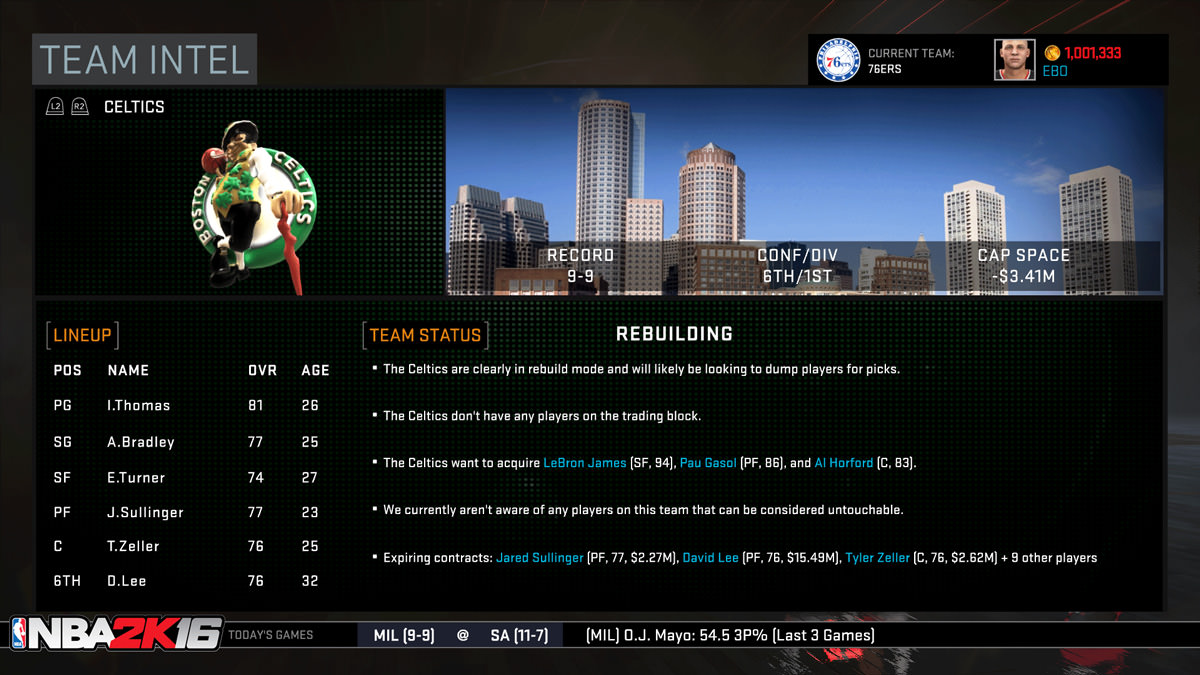 All leagues are private, invite-only leagues, so we can ensure you get exactly the experience you want with your friends. 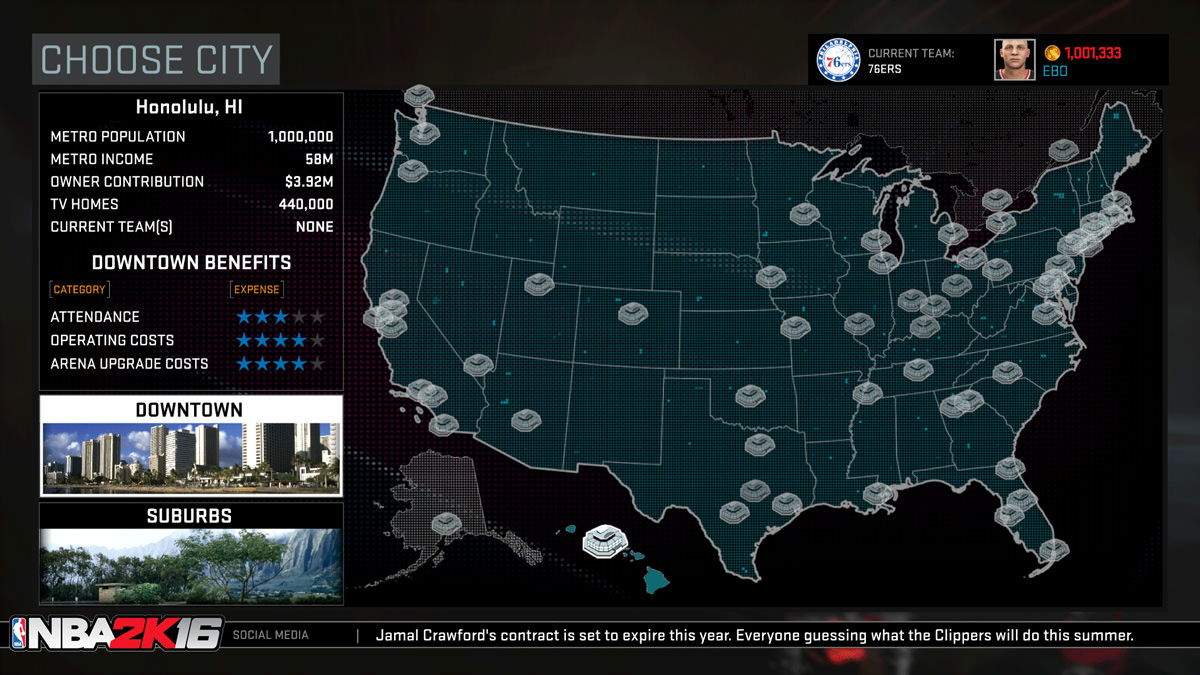 Team Relocation will allow you to select a city, rebrand your team, and design your arena.

The first step in any Team Relocation is deciding where you want to move the franchise to. This is a big decision. We have created complete metro profiles for most of the big North American cities. These profiles include the population of the metropolitan area, the income of the people residing in this area, and how many TV homes there are in the market. We take these numbers and boil them down into three very simple meters for you: 1) How the Median Income of the market affects the future financial success of your franchise, 2) The overall population of the metropolitan area in comparison to other relocation city options, and 3) The overall fan interest of you moving your team to their city. And you thought you were just going to pick your favorite city with no other factors. That’s cute! This is big business. 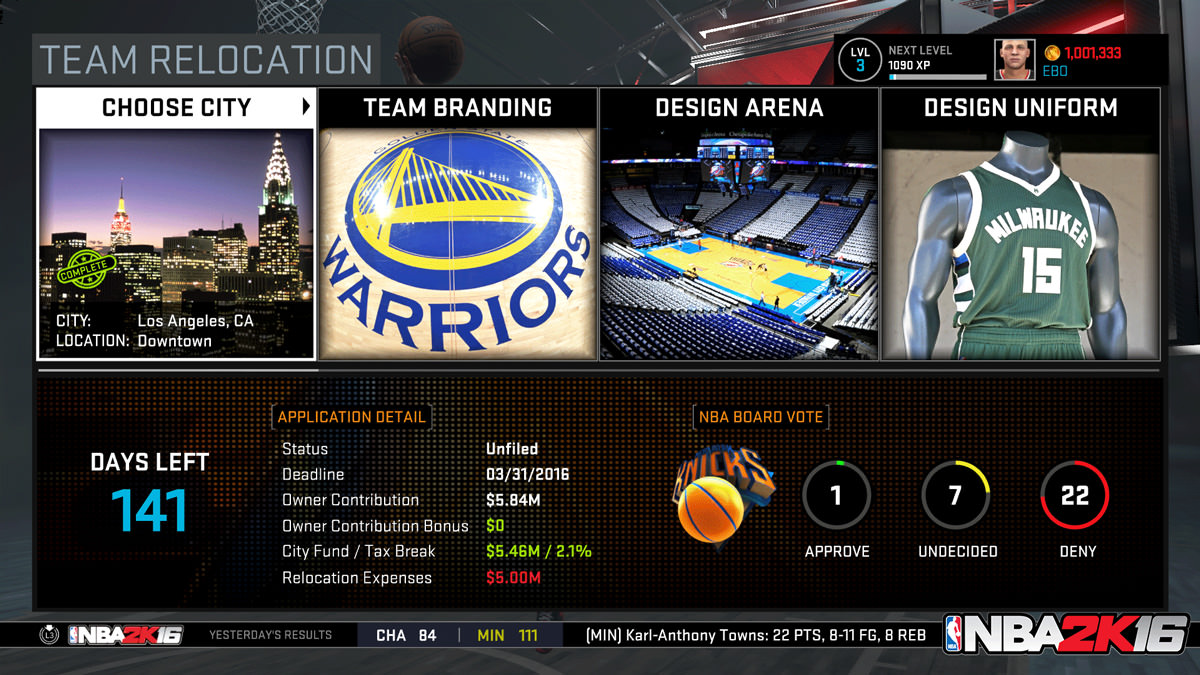 Ok, you’ve selected your city. We’ve only just begun. The next order of business is Team Branding. This is where you can choose your primary/secondary/tertiary team colors, select a new name for your team, and select a new team logo. You don’t have to do any of this. If you want to move the team and keep all of this the same, more power to you. But if you DO want to change these, we’ve given you some robust options. We have a large selection of on-disc team logos that you can choose from, otherwise you can head over to our website and upload any image of your choosing to be your team logo. If you want to upload a picture of a hummingbird and name your team the Hummingbirds, have at it. Feeling lazy? You can also browse uploads from other users and choose to use one of those as your own. The options are endless. 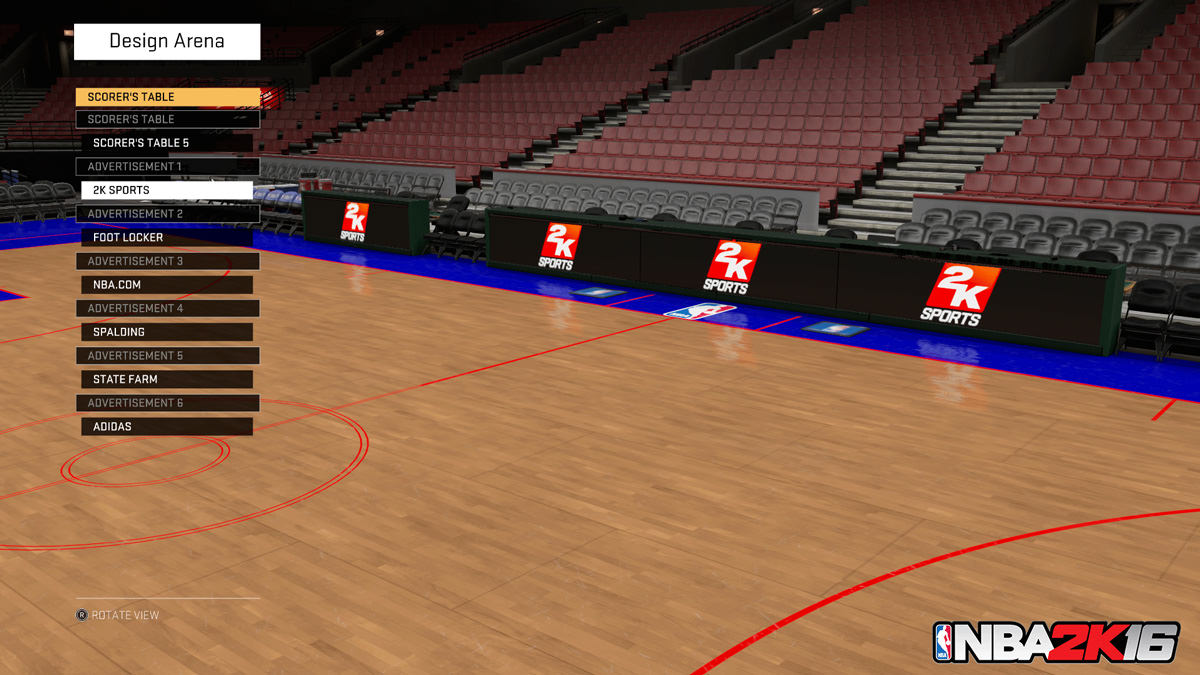 The next order of business is designing your own custom arena. You start off by selecting one of 13 different arena sizes (each with varying capacity levels). Once that is done, you’ll need to give it a name.

Now is where the customization gets crazy. Rather than me telling you the rest of the things you can do here, I’m just going to list out the options and let your imaginations run wild: 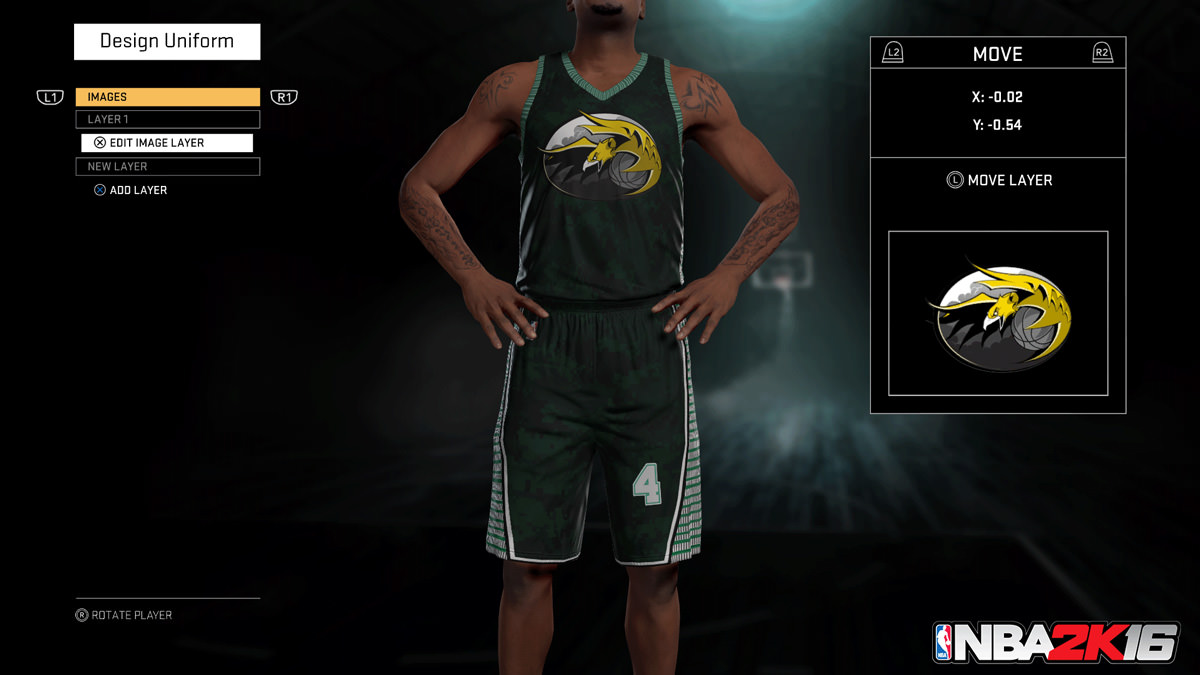 You can now relocate your team to a different division, see Bulls go to the Pacific division 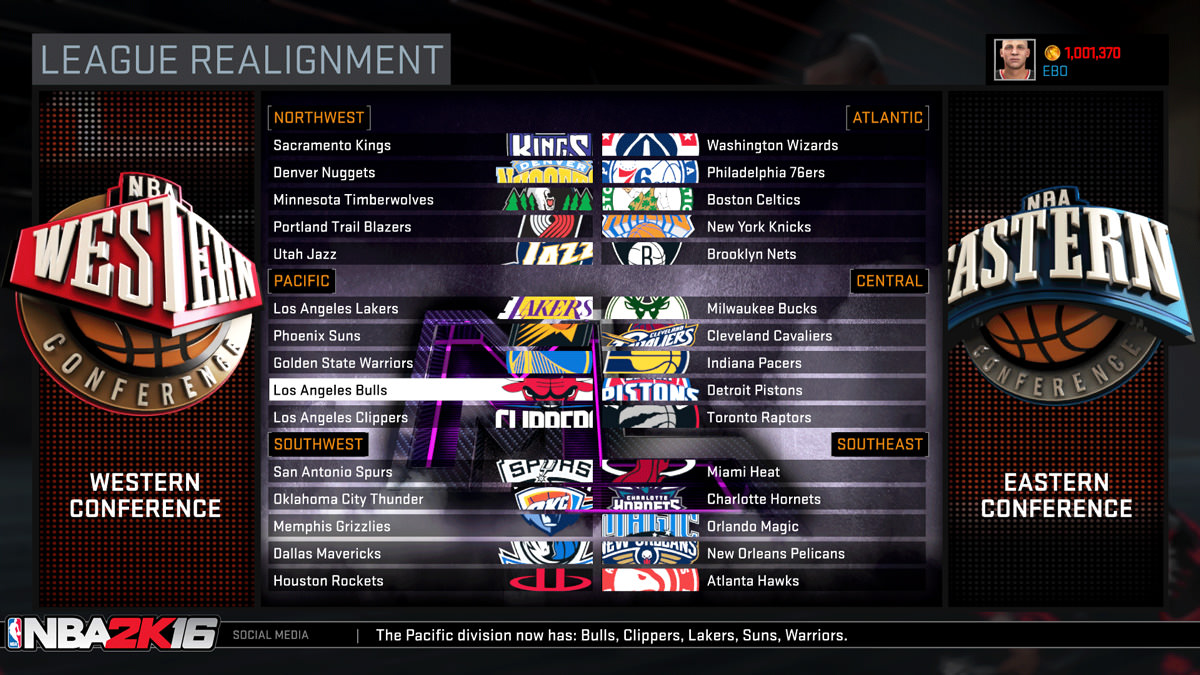 There are new additions to NBA 2K16 offseason 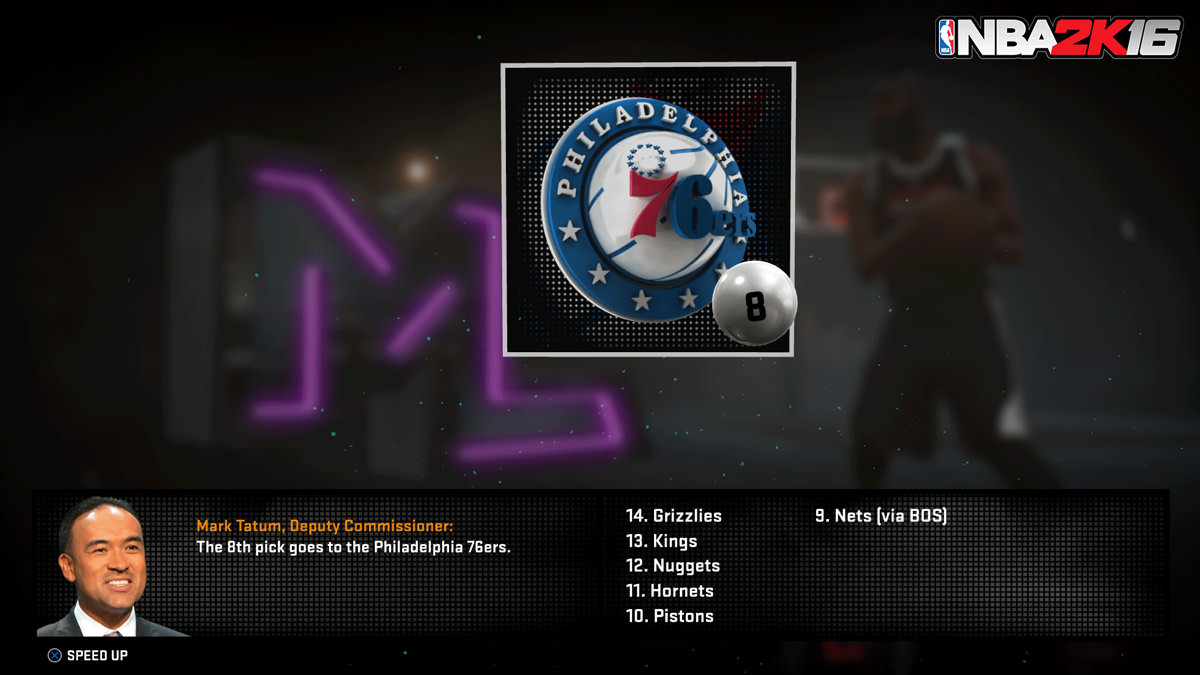 This is an all-new take on the Draft Lottery with a fresh presentation that adds suspense to each pick that Deputy Commissioner Mark Tatum reveals. We have a reporter on-hand to give you analysis of each team as every pick is revealed. It’s a simple, yet elegant execution that will keep you on the edge of your seat as you cross your fingers in hopes that the ping pong balls bounce your way. 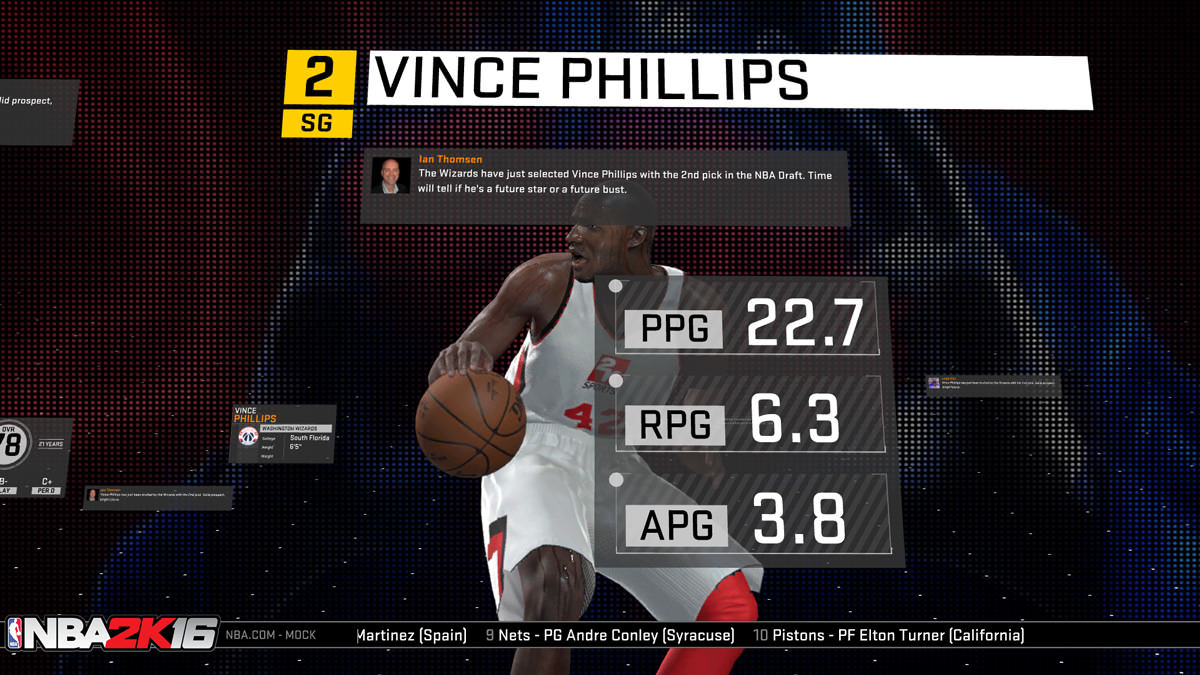 I’ve always liked our draft presentation. Even today, I think it is head and shoulders better than offerings in any other sports game out there. But, for me, it was getting a little long in the tooth. With the offseason being such a huge focus for us this year, I wanted to make sure the showpiece was fresh. We’re no longer in Madison Square Garden itself, but nonetheless, we are still offering a full presentation helmed by none other than the Commissioner, Adam Silver. 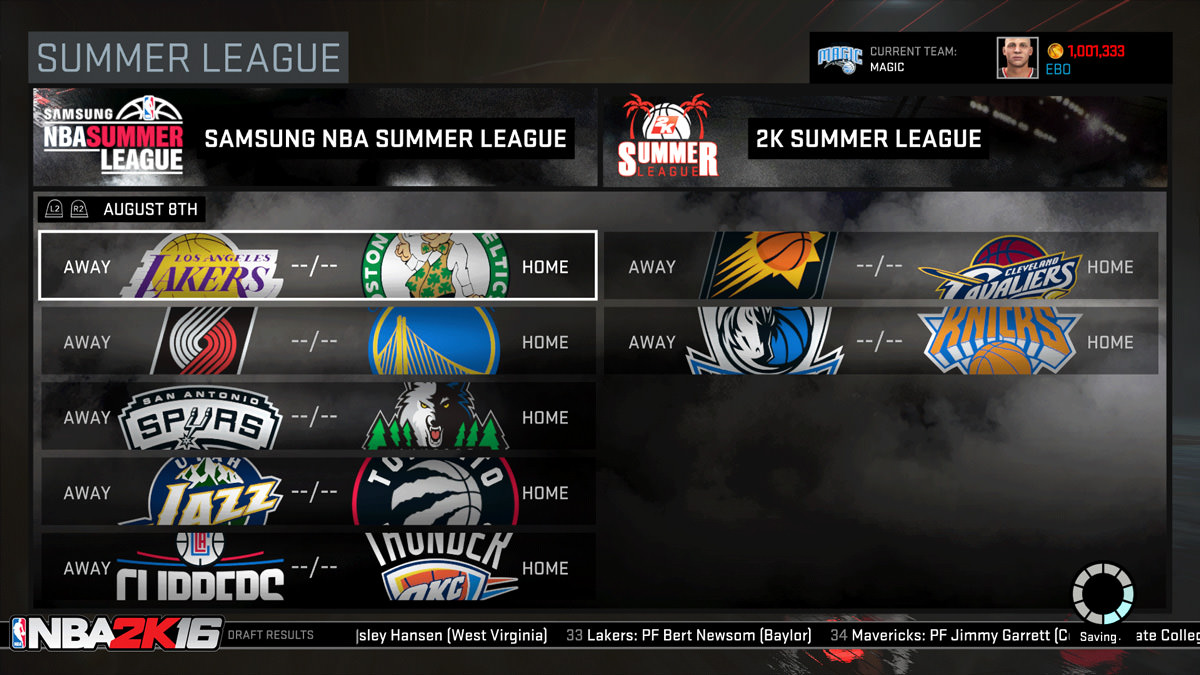 There will be 2 summer leagues, a 2K and a Samsung NBA summer league, your team will get invited to one of them. 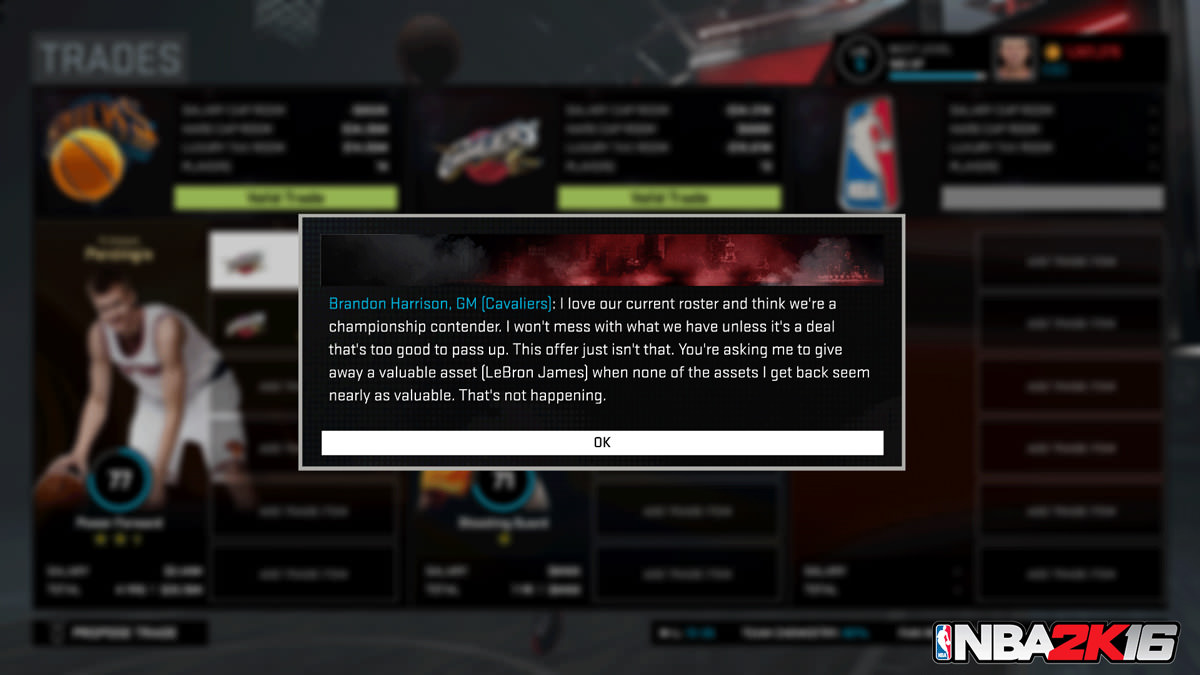 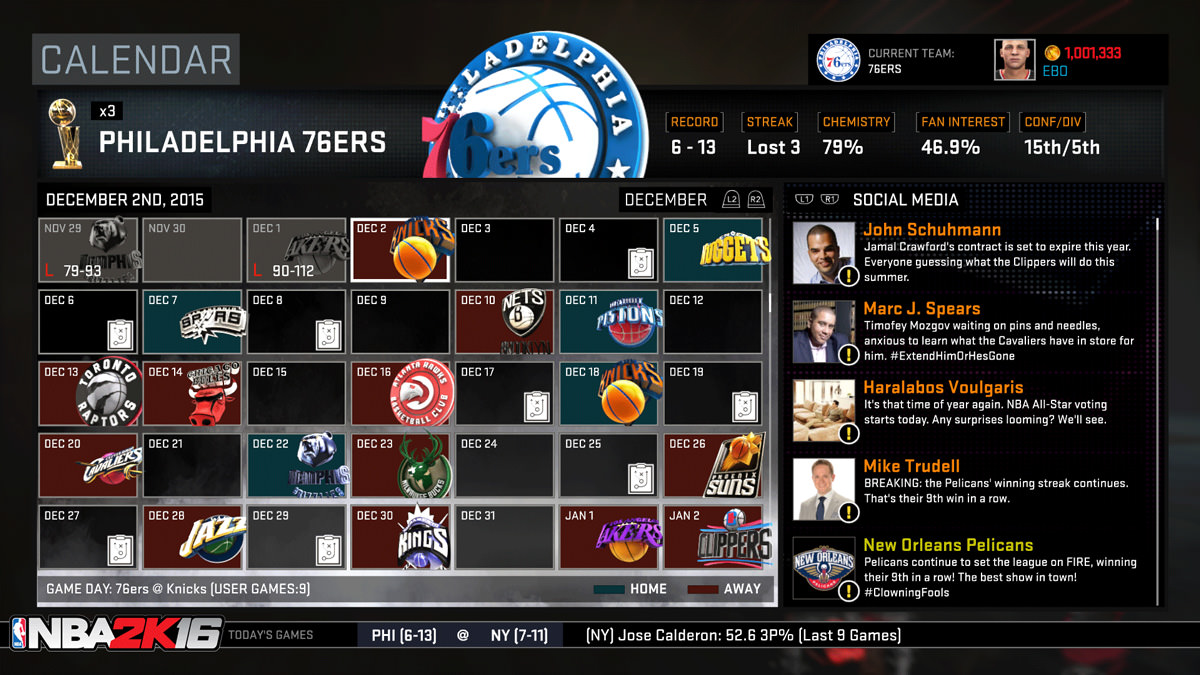