Once again, EA Sports has posted some player screenshots to accompany the reveal of the five best power forwards in NBA Live 16. Since Anthony Davis is one of the NBA 2K16 cover players, there’s no screenshot of him in the article. The next ratings reveal will be the top five centres in NBA Live 16, followed by an Eastern and Western Conference ratings reveal. In the meantime, what are your thoughts on the ratings for the top five power forwards in this year’s game? 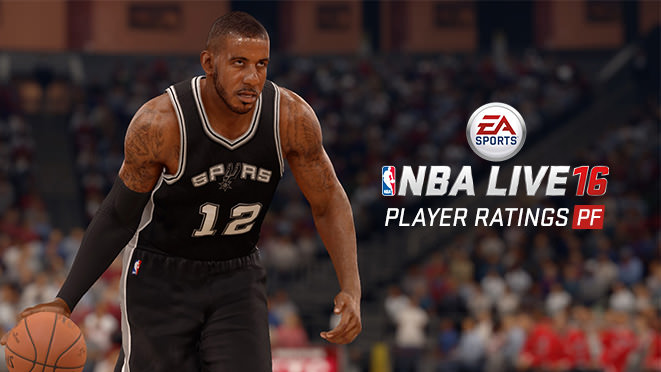 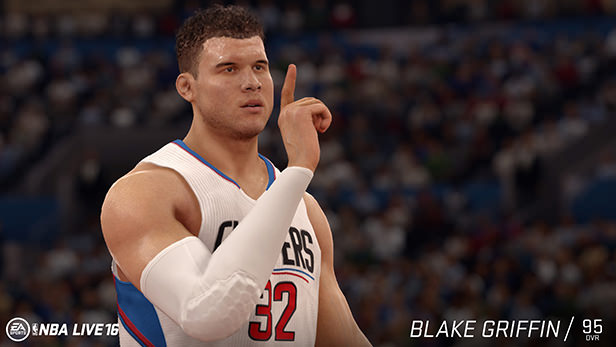 He’s the most athletic big man in the NBA and has arguably one of the most impressive skillsets in the league. Blake leads all dunkers in NBA LIVE 16 with a 99 Dunk and a 99 Score With Contact rating. He’s a beast with 98 Vertical and 95 Strength. Griffin is extremely effective at scoring in the post too, with a 96 Post Offense rating.

The unibrow made a huge jump in NBA LIVE 16’s ratings because of his dominance last year. Davis will be swatting shots left and right with his 95 Block, 96 Post D and 95 Help D ratings. Pull down every rebound with a 95 Defensive Rebounding IQ rating. He’s a scoring threat too, with his 90 Layup and 88 Mid Range Ability. Basically, he’s unstoppable. 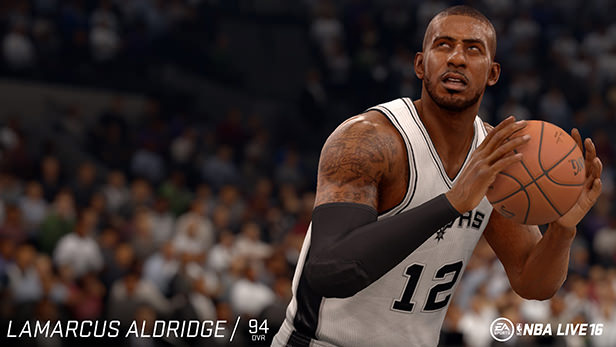 LMA is such a threat on both sides of the ball. He’ll score: 90 Layup, 94 Score With Contact, 95 Mid Range Ability and 93 Contested Shot. He’ll rebound: 95 Defensive Rebound IQ, 85 Offensive Rebound IQ. Most importantly, he’ll come through in crunch time with 95 Clutch. 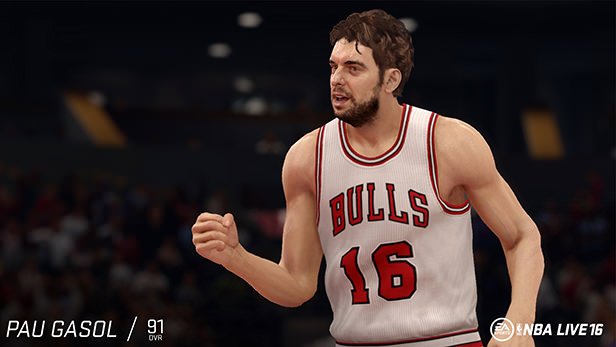 He’s one of the most dangerous stretch fours in the league. Pau comes in with a 92 Post Offense grade and a 90 Mid Range Ability. He’ll shut you down in the post on D too, with his 96 Post Defense IQ. He’s also the best rebounding PF in the game, with a 90 Offensive Rebounding IQ and 97 Defensive Rebounding IQ. 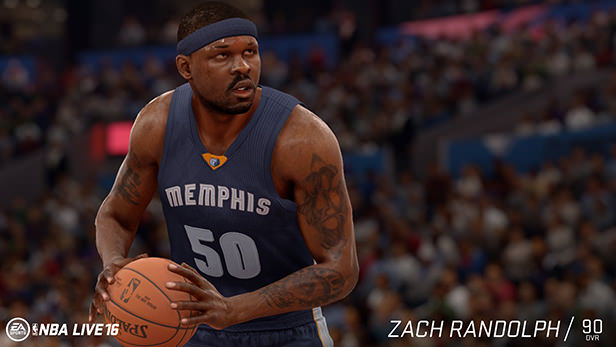 Z-Bo may not be the tallest power forward, but he certainly plays big. Randolph’s a beast with 97 Strength and 94 Score With Contact, so he’ll be straight-up bodying guys. He’s extremely effective in the post, coming in with a 97 Post Offense and 91 Post Defense rating.