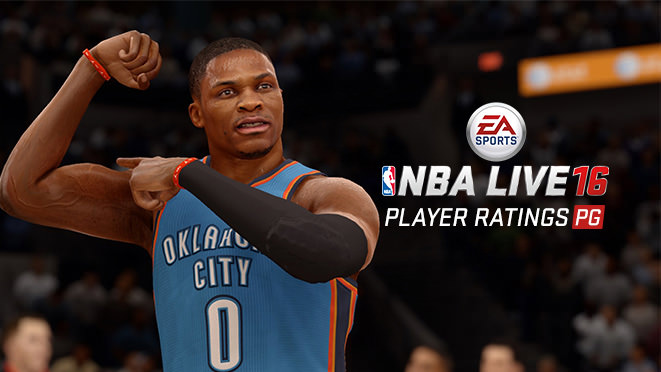 In addition to the overall ratings, a few specific ratings have been revealed for those six players. 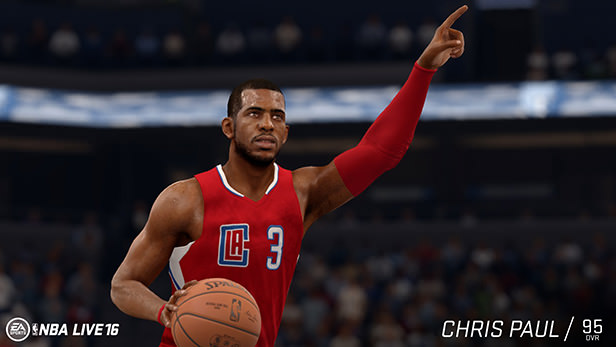 Lob City is led by one of the best playmakers in the NBA and his ratings show it. CP3 has the top passer rating in the game, coming in with a 96 Pass Accuracy and 94 Court Vision. His handles? Ridiculous, with a 92 Dribble. Don’t forget about his deadly long-range ability: It’s a 93. 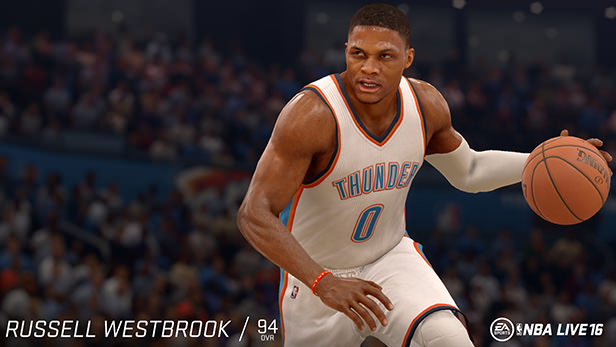 He’s an athletic freak of nature and graces the cover of NBA LIVE 16. He’s also the fastest (98 Speed) player in the game and strongest PG (75 Strength). His dunk rating, you ask? At the top of his position, with a 90. Westbrook thrives on scoring with contact (89 Score With Contract) and drawing fouls (89 Draw Defensive Foul). He’s not just a beast on offense: Try getting past his 86-rated On-Ball D.

The MVP is unstoppable behind the arc. That’s why Chef Curry has the game’s best 3-point shooter, with a 98 Long-Range Ability. When the game is on the line, dish it out to Curry. He’ll more than likely hit the shot with his 95 Clutch Shooting rating. Guarded shots (91 Contested Shot Rating) aren’t a problem either.

Kyrie’s a crisp shooter with playmaking abilities and his game reflects that. He’ll nail any open shot with his ratings: 93 Long-Range, 89 Mid-Range and 90 Close-Range Ability. He’ll hit guarded shots (90 Contested Shot Rating) too. His handles sit at a league-best 93 Dribble. 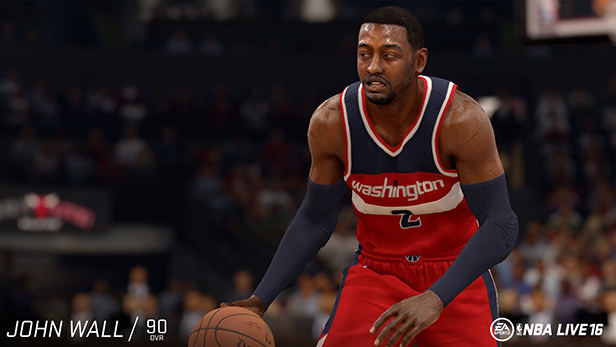 With lightning-fast quickness (97 Speed) and ridiculous hops (91 Vertical), Wall is one of the most exciting players in the game. His 93-rated Off the Dribble Shot will punish defenses all season. Oh, and have fun throwing down something nasty with his 89-rated Dunk. 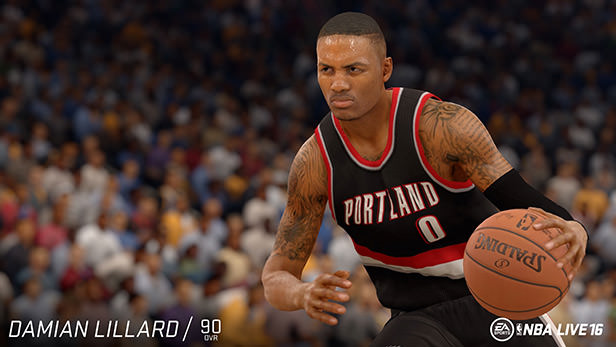 Last year’s cover star makes the list thanks to his versatility and playmaking ability. Cash in on clutch shots with Dame Dolla’s 85 Clutch Shooting rating, even if a defender is in your face (90 Contested Shot). See him bust out the mean muggin’ Dame Face celebration after a big bucket.