Well guys, there is one more basketball video game other than NBA 2k, that is NBA LIVE (in case you forgot), somewhat under appreciated as it is not available on PC version. But this year EA made some great changes to their basketball video game (by the way, still won’t be available for PC), and that may give NBA 2k15 a bit of competition (at least in graphics). Have a look at the following screenshots to get a side by side comparison of improvements in EA’s NBA LIVE 15 to NBA LIVE 14. 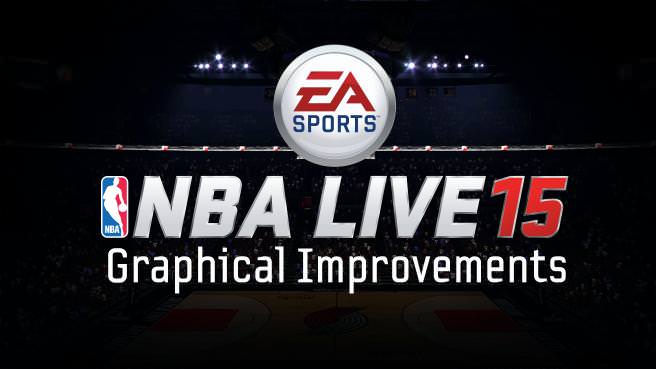 Just have a look at the details they have focused. The overall graphics look so smooth and fine. 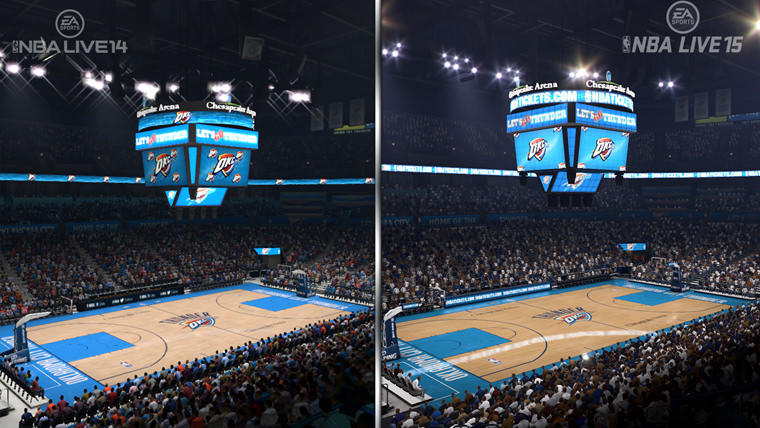 The jerseys, stanchion and arena lighting have been touched up to more accurately reflect their real-life counterparts.

“We’ve scanned jerseys and other equipment the same way we scan the players so that we can accurately portray a number of fine details. We’ve looked at everything from stitching around numbers to the way the jerseys wrinkle, because we feel that these are important details that we need to get right.” 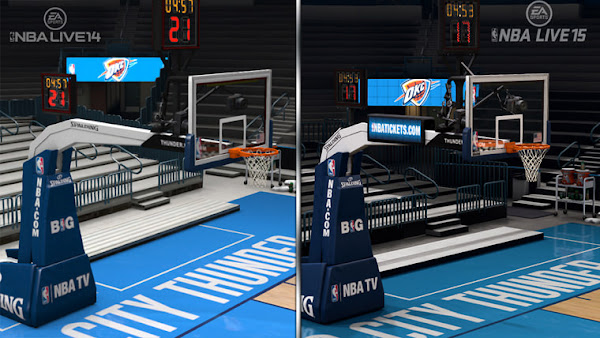 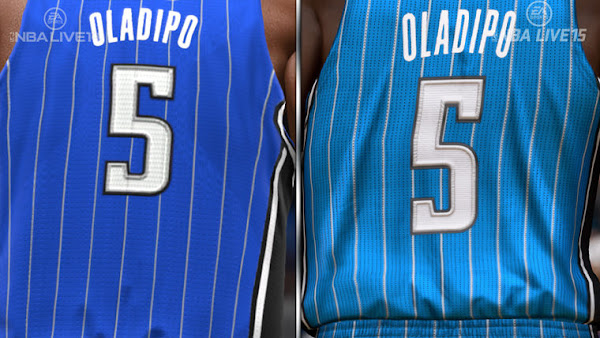 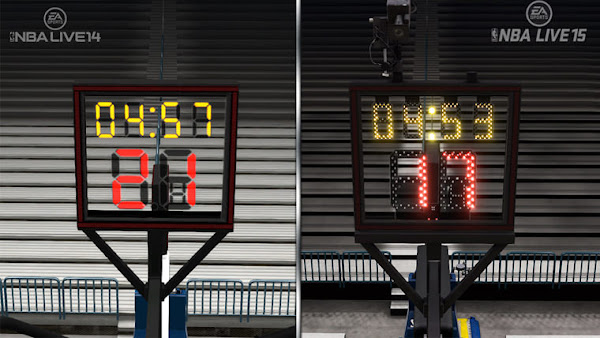 While the players on the court may be the first thing you notice, there are lots of other little things that make up the atmosphere of the court and the arena. They have paid attention to those little touches, and breathe more personality into the shot clock, the rim, and even the stanchion. Separately it may not seem like much; but when you see all these pieces together, it just makes the game as a whole look better. 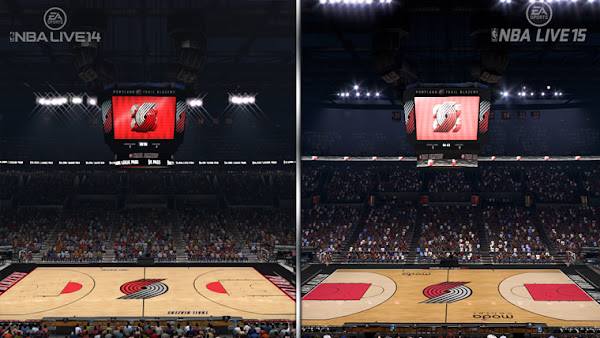 If you’re interested in getting an even more in-depth look at what EA is building, check out this video for all the details.

More news will be available in August with the first gameplay details and a breakdown of the on-court action in this year’s edition.